Earlier in the year Creative Stitch visited Holy Trinity Church, Long Melford in order to take inspiration for some stitched pieces that we hoped to produce over the summer. The group took photographs, sketched and took some rubbings. I took an interest in the variety of carvings in the pew ends and recorded the different motifs on a large sheet of paper. Once home I used some colouring materials and stamps to produce a small concertina book which I hoped to use as a design source. 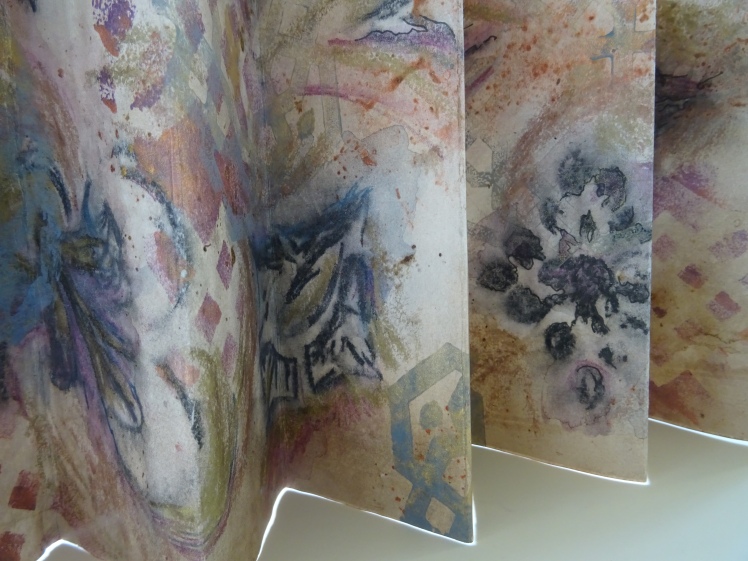 Although there is a fold through the design, you can see below the motif I decided to use. 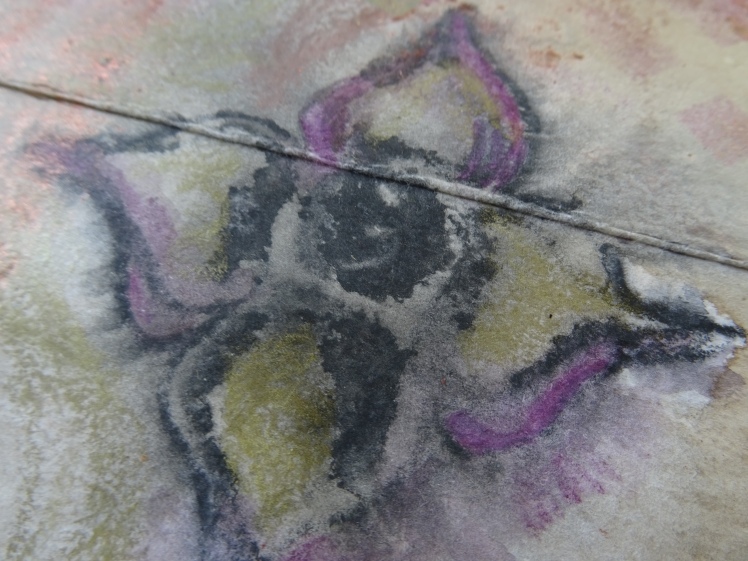 I decided to use Lutradur for this work, the main reason being that I have had a quantity for years and have never used it! I used both lightweight and medium weight for this project, colouring both with transfer dyes. The trouble with this is that the colours are vivid and strong and don’t bear much resemblance to the shade in the pot! So, although I really liked the soft colours in my concertina book, you can see from the picture below that my tile is nothing like the same colour scheme! 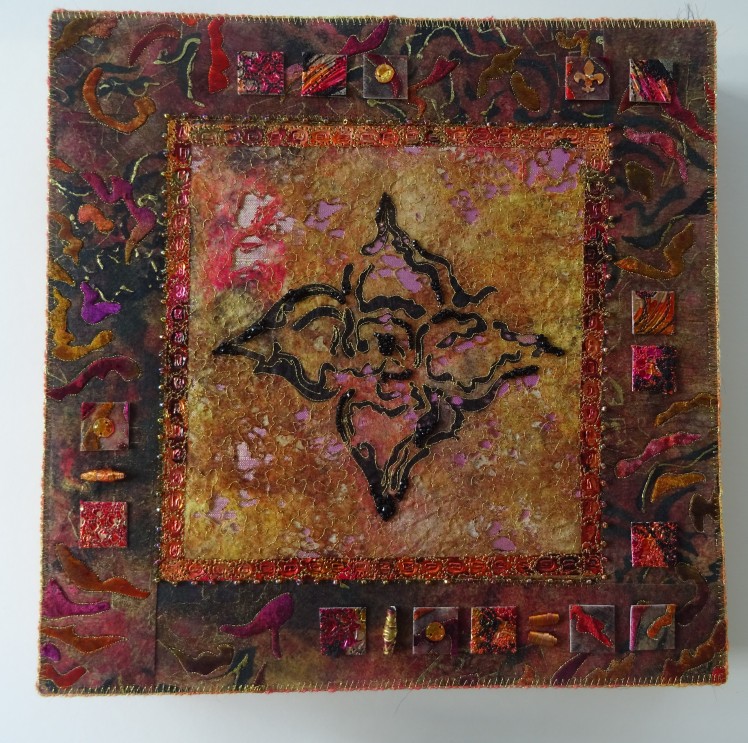 The centre section is made on the lightweight lutrador. I made a stencil from the motif I’d selected, put black transfer dye through it onto the coloured lutrador. I then machined, in gold thread, around the motif to emphasise it and then loosely filled in the background with a vermicelli type stitch. A heat gun was applied to give a lacey effect. 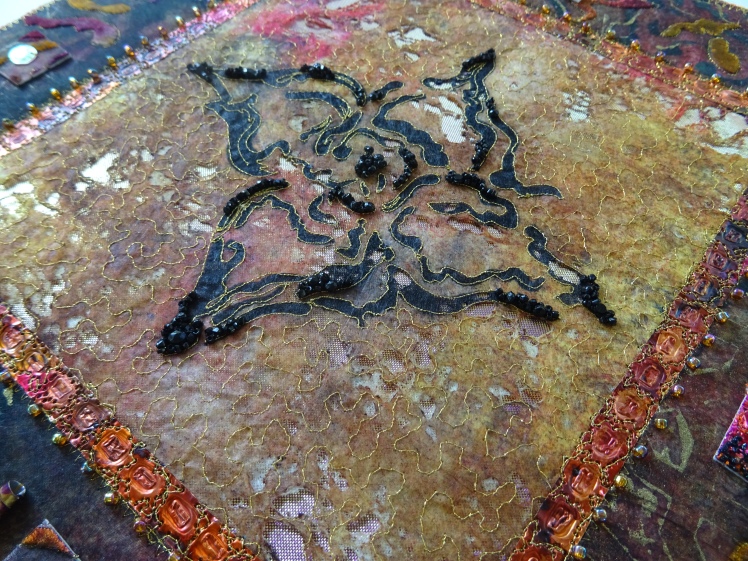 I put the lacey lutradur onto a metallic fabric and then stitched on the medium weight lutradur as a border, bonding a few velvet shapes to the background. A copper strip was added to the edge where the two fabrics join, which I machined into to integrate it into the background. As you can see I added some squares of left over lutradur and copper to the border, but not sure these work as they look rather ‘stuck on’. I also beaded small areas of the centre motif and added a row of beads around the copper edge.